If you were not involved with HART in the early days then you probably will not have known Alan Douglas, but those of us that did know him will remember him with deep respect and affection.

His input for HART was exceptional, taking on anything that was asked of him from collecting casualties, making deliveries, maintaining the ambulance until fairly recently and campaigning for the charity.

Alan loved walking in the countryside and spent many hours walking the country lanes and byways looking out for wildlife and studying its behaviour. He also volunteered for other local charities giving his time freely and gladly.

Alan was a regular financial supporter of HART from the beginning and as final proof of his generosity he left a considerable bequest to HART in his will which we have recently received. The Trustees have agreed that a proposed new hedgehog building on the site should be named after him and dedicated to his memory. Other important projects have also been completed thanks to Alan’s legacy.

Loved by everyone that knew him, Alan sadly died in October 2019 after a short illness. He will always be remembered fondly and I count it as a privilege to have been his friend. 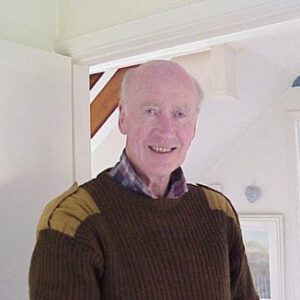 Please join our growing community and sign up for our eBulletins.